You are here:
… in a world that demands flexibility, lauds the multi-tasker and pronounces that today’s 15-year-old will have about 20 different jobs throughout their career… it isn’t difficult to build the argument against the specialist.
You can see how the person who does one thing well could be dismissed as unsuitably equipped to make their way in life. Where the contemporary phrase ‘keeping your options open’ can be matched with another trendy term, ‘the collective wisdom’, doing one thing well, might be the foolhardy approach.
The caveat though is if that one thing, done well, is something the person loves doing.
Did you ever do one of those career aptitude tests?
A company called Career Wise visited my school in the 1980’s. I was in Year 9. We all sat in the school hall and under exam conditions filled in the multiple, multiple choice circles with grey lead pencil. There was an IQ component as well. The company then collected all the answer cards, took them to their office to feed into a big computer. Computers were big then.
Some weeks later, we all went back into the hall with our mums and dads and listened to a person from Career Wise explain the science behind the results. We sat down with individual consultants and they presented us with our envelope with the personalised print-out of our strengths and weaknesses.
My test said I should become an accountant. I don’t remember any of the other suggestions but I am certain there was nothing remotely suggesting ‘parent-child program facilitator’. Another strong memory is that at least three of my classmates were somewhat bewildered, asking “Do you know what a Ship’s Purser is?”
There is a glut of international sporting competitions right now. Amongst The World Cup, Le Tour and the Commonwealth Games, The Open Championship – one of the four world majors – was held at The Royal Liverpool Golf Club two weeks ago. Over the last few years, I have started to notice one person particularly in this tournament. I’ve had a quiet chuckle to myself wondering at the career aptitude test that a gentleman named Ivor Robson might have taken when he was 15.
Would Ivor’s test have turned up First Tee Announcer?  Probably not. 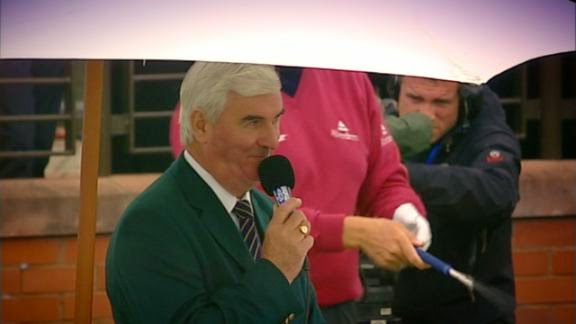 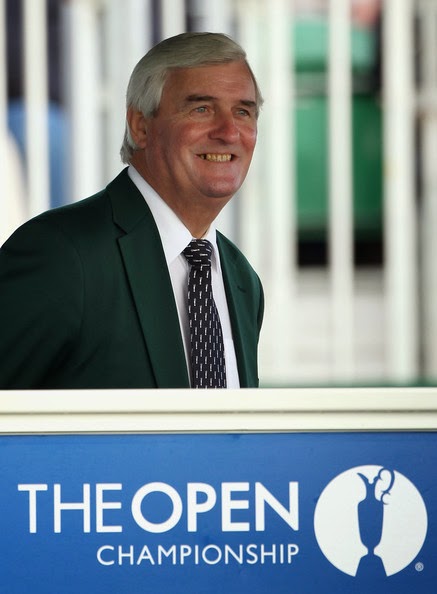 I don’t know the name of any of the guys who announce at the other three majors. Why do I know Ivor’s? Because I started started to notice that each year he was always there. I like his minimalist approach, his mastery of difficult names and the distinctive musicality in his voice. He makes me smile. This simple talent prompted me to find out more. His story is delightfully interesting.
Ivor has been the announcer at The Open for 40 years now. He arrives at the tee 90 minutes before the first group and he never takes a break, a snack or a sip of water. In fact he doesn’t take a toilet break. This would explain his routine of refraining from eating or drinking from 7pm the night before. Until the last group tees off, Ivor remains, standing, at his post. He checks the players have the regulation golf balls, ensures they don’t have more than the maximum 14 clubs allowed in their golf bag and gives them their score cards. Sending 156 players off in the first two days, he will be at his station for upwards of ten hours. Ivor is meticulous about keeping time and there is no fear or favour – if a three time major winner is late, he’s disqualified. Sending 52 groups off in the early rounds, you can understand why, when quizzed about his job, Ivor has offered that he needs to maintain strict concentration.
You can see I’ve become something of an Ivor Robson groupie. I’ve, err, (pardon the intentional pun) learnt that: he has never answered a question about his exact age; Ivor breaks the difficult-to-pronounce names into manageable phonetic bits and his advice to the aspiring announcer, is to say the name once, and convincingly. It is easy to pick up that Ivor simply loves the game. And he is humble. At last year’s tournament at Muirfield, he was asked about his legacy after he retires (one day).
Ivor remarked “Seven days after I’ve gone, they’ll say ‘who was that grey-haired old man who used to announce the players.’”
This year, Ivor received that classic accolade… what do they say? The greatest form of flattery is imitation. Have a look at this.
Ivor Robson does one thing well.
And here are three others who belong in Ivor’s class. 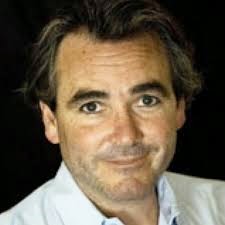 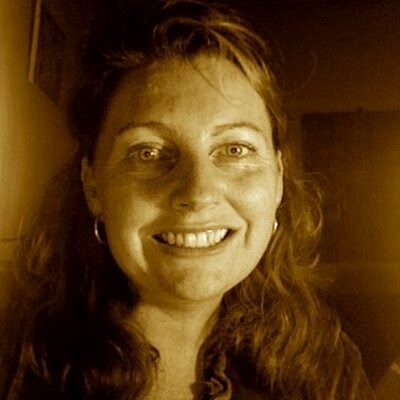 Ivor Robson, John Donegan, Julie-Anne Geddes, John May (and Eddie Marsan) all do one thing well, very well. And in their work, you easily spot the generosity that emanates and delights. They love what they do and they are good at it.
It’s underrated but I reckon it is worth encouraging our kids to explore their hearts to find that one spark that fires them more than any other option.
This story is dedicated to my young bloke Jack who turned 18 earlier this month. Jacko – you could be a philosopher – in fact you are a philosopher. You are a bloody good actor as well. I know I may not put my advice at a premium – you probably get too much of it from your less than perfect old man… all the same… Son – work out what is it is that you truly love doing and then do that one thing well – maybe, against the tide of collective wisdom, for a lifetime.
July 31, 2014By Bill JenningsExtraordinary in the Ordinary Inspirational people Kindness Leadership What's Important
Facebookshare
Standing on their shouldersGabi – a Mothers Day Champion
RECENT BLOG POSTS
Testimonials for School Programs
Copyright © Time & Space 2019